A Magazine for All Space Enthusiasts

Is print dead? Yes, certain large print publications are struggling. But we aren’t trying to compete with them. Our goal is not to provide a large dividend to shareholders. Our goal is to provide people with space related articles, especially those relevant to the Houston area, that are informative and interesting. This is why we will be able to cover costs even though we are printing less than 1% of the magazines some of these failing but popular magazines print. Plus…It really helps the bottom line when your entire staff are volunteers.

Our organization have a long history of writing on space, more than thirty years in fact for AIAA Houston Horizons. Our online newsletter is already read by thousands of space enthusiasts, engineers, and scientists. See the newsletters.

With a little more push, our reports on what’s new in space and reflections on the past in spaceflight can be spread to even more people around the country and the world!

Is space dead? We don’t think so. The shuttle may have retired but space is very much alive and kicking. Just look at the successful landing of the NASA Curiosity, the success of Space X’s Dragon capsule, Virgin Galactic’s plans to offer suborbital flights for space tourists this year, etc. Initiatives like Mars One and Inspiration Mars is taking people’s imaginations (and realities) even further! For the uninformed, space may seem to be dying but you don’t have to be uninformed. We’re here to inform you, if you’ll support us.

Who is behind this magazine?

The dedicated team of writers of AIAA Houston Horizons who all have studied and are working in aerospace engineering (aka rocket science) include:

+ $250 for kickstarter and amazon fees 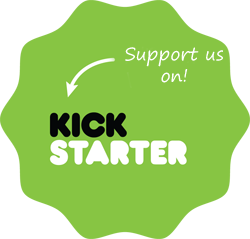